Realistic architectural walkthroughs require interactive rendering of complex geometric models of the architectural space. Even the most recent 3D graphics workstations cannot render the large models fast enough. There have been a lot of efforts in trying to reduce the number of polygons that need to be rendered at each frame. We propose rendering adjacent rooms visible through portals (doors, windows) by warping a depth image. To avoid disocclusion errors occurring when unsampled surfaces become visible we use layered Depth Images (LDIs) that generalize the idea of an image by allowing for the existence of several samples along one ray. The LDIs are first clipped and then warped in parallel. 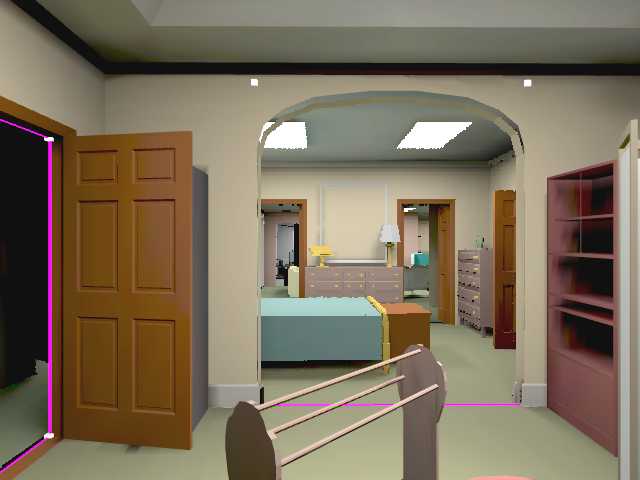 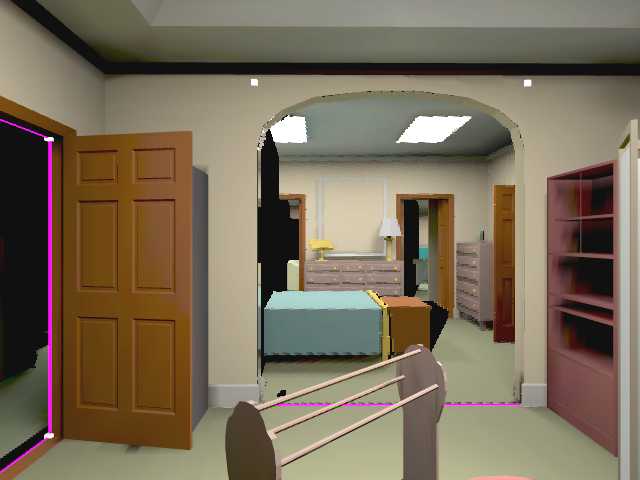 The portal to the bedroom is rendered as a warped LDI. When only a simple depth image is used, disturbing disocclusion artifacts occur. 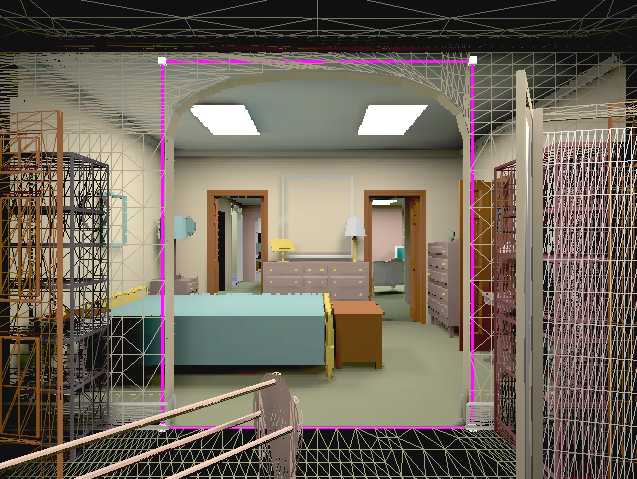 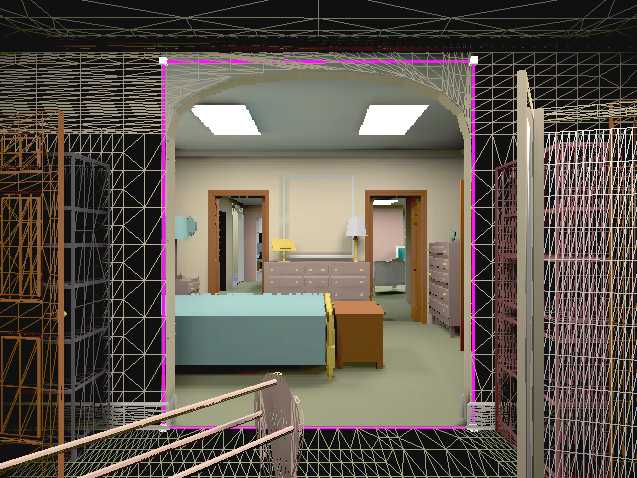 We use a fast 3D clipping technique that reduces the amount of warping. In the two images the geometry of the current room is rendered in wire frame mode. When clipping is turned on, considerably fewer pixels are warped.